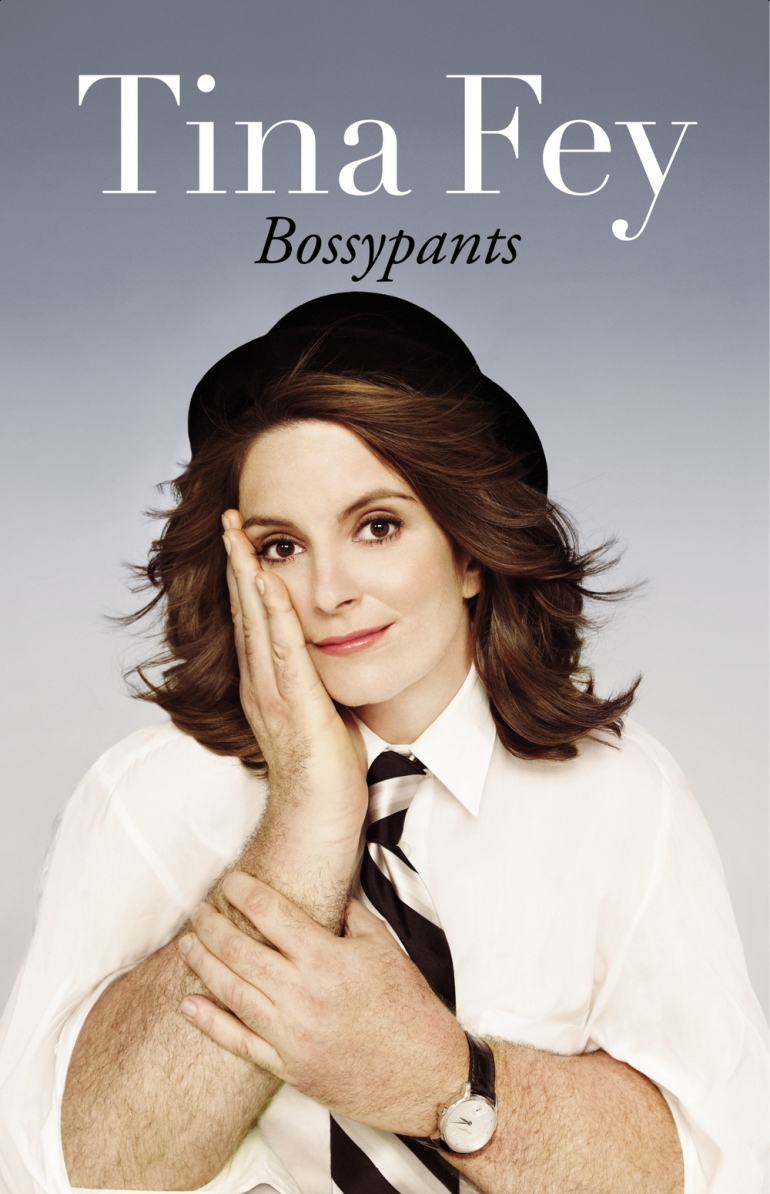 I like this book cover because Tina and I have matching manhands and hairy arms. (And the same taste in men’s watches!)

We are ALSO both from eastern PA! And we’re also both brunettes and we are also both ladies. It’s like conjoined twins who’ve been separated at birth and are meeting for the first time on Oprah.

Get this book. It will entertain your socks off and then fold them and put them back in your drawer. We all know what a brilliant writer Tina is. Even the dust jacket is genius. She proves yet again, that a brunette gal from PA can really make something of its life.

I spent the evening at the Nokia Theatre with L.A. Live, watching Tina in conversation with Steve Martin. Two very funny people made it one of the best nights in LA yet. I had my book signed after the show. One of a huge crowd of Tina fans. I think I said something like “Hi Tina! I’m from Pennsylvania too!” She said “Oh cool!”. She was clearly tired. And also pregnant. And also beautiful in person.

This shows that Tina Fey’s book is for everyone, anytime, anywhere. (A toilette at the Nokia.) 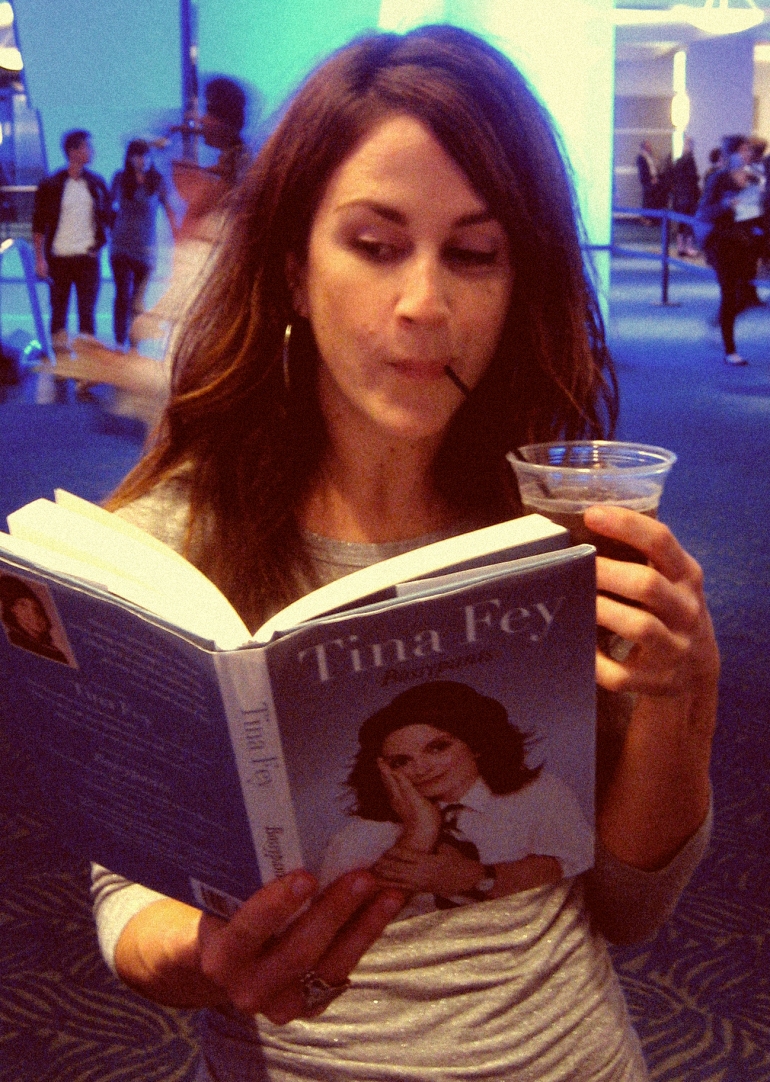 Just catching up on some reading! I’m kidding. I read the whole thing before I got there. But I was definitely shown up by plenty o nerd who told me how they read it in one sitting, the day that it came out. (Does anyone else think the Nokia lobby looks like an airport? Look at that carpet.)