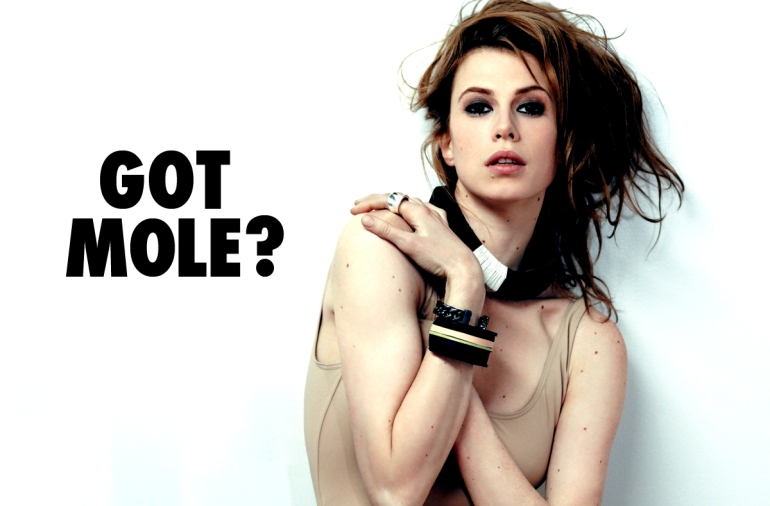 Here’s a little story about an audition for an orange drink, which I’ll call Funny C. If you don’t have kids, take a sec to think “What? They still make that?”

The first round of auditions went down like this. I drive like a speeding bullet to Santa Monica and rush into the casting lobby. I check out the storyboard pinned to the wall, sign in, and stand along said wall, pretending to be on my phone, my headshot tucked under my arm.

A tan, creamy-skinned, tall, blonde, beach-y gorgeous Swedish Supermodel walks in and stands beside me. I immediately feel like a stubby troll next to her, but I try making conversation in order to not get into my head about it.

Me: “This sun… it’s making it so hot in here (awkward laugh sound coming from my mouth)!”

Swedish Supermodel: “(Long pause, looking straight at me, serious face. *Say this like a sexy Swedish robot) EEEET EEEEZ HOHHT.” And then she looked back at her phone.

Ah well. I didn’t really need to like, talk with anyone or…anything…

So I get into the audition room, feeling somehow not supermodelly enough, but – chin up. I find:

I make a joke about this being the first round of auditions for Cirque du Soleil. The casting guy starts up some really cheesy kid music on his laptop. “OK!” he says, “You’re gonna show your kid how to hula hoop, then push them around on the tricycle, then let them push you around on the tricycle, then throw the ball!” Keep in mind, there is no kid in the audition room.

All that culminated in a pointedly mentally-disturbed display as I rode around in a circle on a kid’s tricycle, laughing and looking back as my INVISIBLE kid “pushed” me, all to the tune of something from So You Think Your Baby Can Dance.

{Note: I would have paid good money to see that Swedish Praying Mantis ride around on that godforsaken tricycle, trying to laugh. Good, good money.}

So, a day later, I got a callback, where I got paired up with four really sweet kids for the audition. We are drinking Funny C, we are dancing like straight up idiots, we are pushing each other on skateboards, riding tricycles, hula-hooping, laughing and throwing beach balls!! We are AWESOME.

I leave the audition, in love with my new children, and hoping for the best. The producer follows me out of the room and says “Lauren! Come with me – I wanna talk to you a sec.” HELL YEAH HE WANTS TO TALK TO ME! Did you hear that everyone in the lobby? SPECIAL MEETING WITH THE PRODUCERRRRRRRR! YEAH!

Producer: “—So, this is a little awkward, but I need to look at your moles.”

Producer: “(Lifting up my hair to see behind my ears, and around my neck) Yeah, they’re going for All-American, and, y’know, moles aren’t All-American…”

Me: “Pshhhyeah…” Thinking All-American means different things in real life versus commercials, “I’ve had to cover them before – it’s a piece of cake.”

Producer: “Mm-hmm… Ok, we’re gonna have you come back in for some close-ups.”

WHAT?? OK, now that you’ve examined me like a hopeful Dalmation in the Westminster Dog Show — NOW, I will come in for an on-camera once-over???!?!

There’s a feeling to the walk that you take, in that moment. It feels like you just fell on your face, and you have to get up and keep going like nothing happened. See: one of my fav Carrie Bradshaw scenes.

I went back into the audition room, happily drank MORE Funny C, smiled and laughed into camera, while a room full of Funny C people evaluated my larger-than-life-size moles on a monitor.

I didn’t book it. 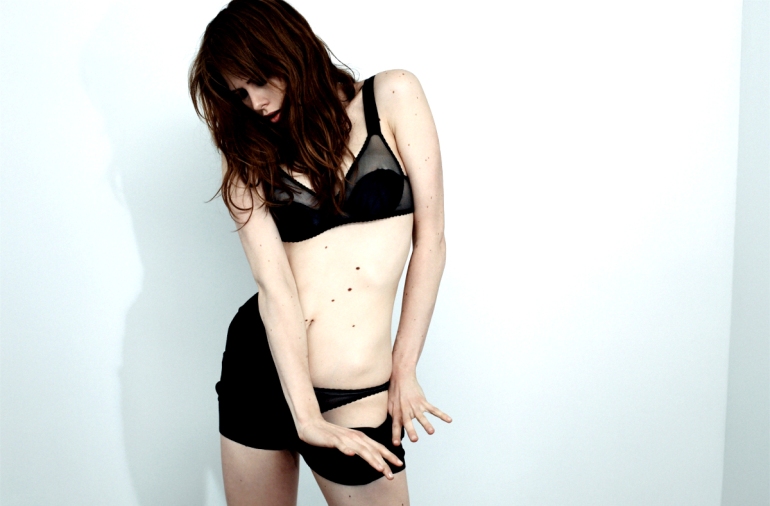 In 9th grade science class, a kid who sat behind me, did a “study” that involved graph paper and lots of numbers. It concluded that, considering all my moles, and assuming I hung around other people who also had moles, I would be completely covered in moles by the age of 67.  (Can’t wait for that!)

Every dermatologist I’ve seen, has remarked (after I’ve mentioned, “I have a lot of moles”) “Wow! You have SO many moles!”

One time, an old woman – who was having her eyebrows tattooed onto her face at the time – suggested I simply laser all my moles off. 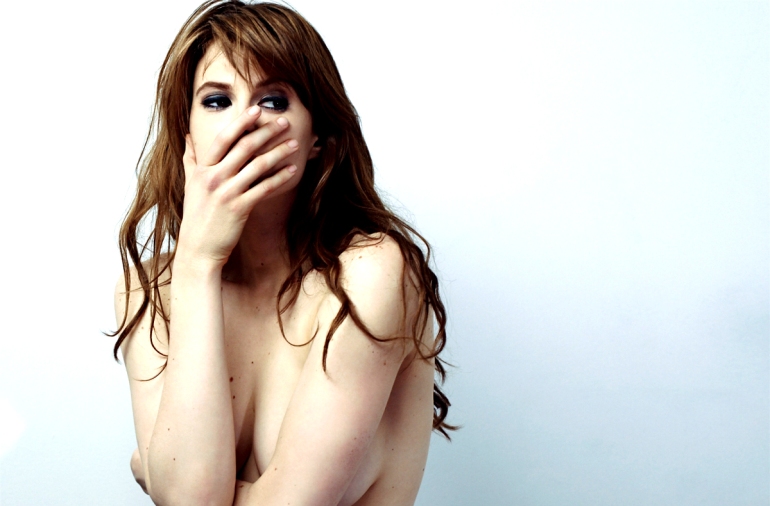 The first time I saw pics of Elettra Rossellini (Isabella’s model daughter), I thought – Cool! She has moles too! And she’s pretty. Wait — moles can be beautiful?? (It’s multiple moles I’m talking about, not the one universally attractive one by your lip, Marilyn. Cindy.)

Sooo… I’m gonna keep em. And casting will just have to get used to them. And also to spelling my last name without the L.

Me trying to MILF it up with Wiz Khalifa 😜 Full spot: link in bio #hotboxbywiz
This weekend marks my 10 year anniversary in L.A. I'm grateful for the spark that still exists in my soul, when everything about this city tries to snuff it out. For the people who are dear to my heart, and for whatever is ahead. I hope it's a great story. 💗
Happy birthday to the life of the party. And cheers to the best sh*t yet 💗🎉
So happy to celebrate these two🥂And the two in the second pic are celebrating not drunkenly falling in the pool.
✔️🇺🇸
@wehavenews <-- 👀 the SEASON FINALE! (Wait, there was a whole season?) EPISODE 7: "Bryan and Laura get fan letters" 🔪😳😂 Catch up on all the episodes on our show page! So funny! So happiness! So not the news cycle right now, but also kind of yes LOL 💗