I’m combining these two days because our adventures were mainly home-based (until our second beach trip where I almost picked up a curse-ed coconut!)

These are the gallitos that run around between the houses. They used to belong to Ervin’s family. But then they migrated to the neighbors’ yard. So they live there now. The roosters are a third the size of a regular ole rooster. So are the chickens. They tottled around the yard, followed by a small stream of fuzzy babies.

I tried to capture their size and their adorableness, but my wildlife photography remains lackluster. Also my ability to Snow White them toward me, needs a little work.

I got a good shot of one. In its cage.

We were at the hardware store yet again, looking for parts for things that needed repair in the house. This little girl was outside, waiting patiently for her Dad.

We waved and giggled at each other, but then when I took the picture she got all Children’s International on me. So, if you wanna send her some college-fund money, she’s by the green wall near the thing with the thing on it.

Back at the house, Ervin was like a contractor, fixing the filter on the fridge, rewiring electrical outlets. I stood by, like an inept foreman, snacking on gingerbread and café con leche. And trying as hard as I could to read the newspaper. 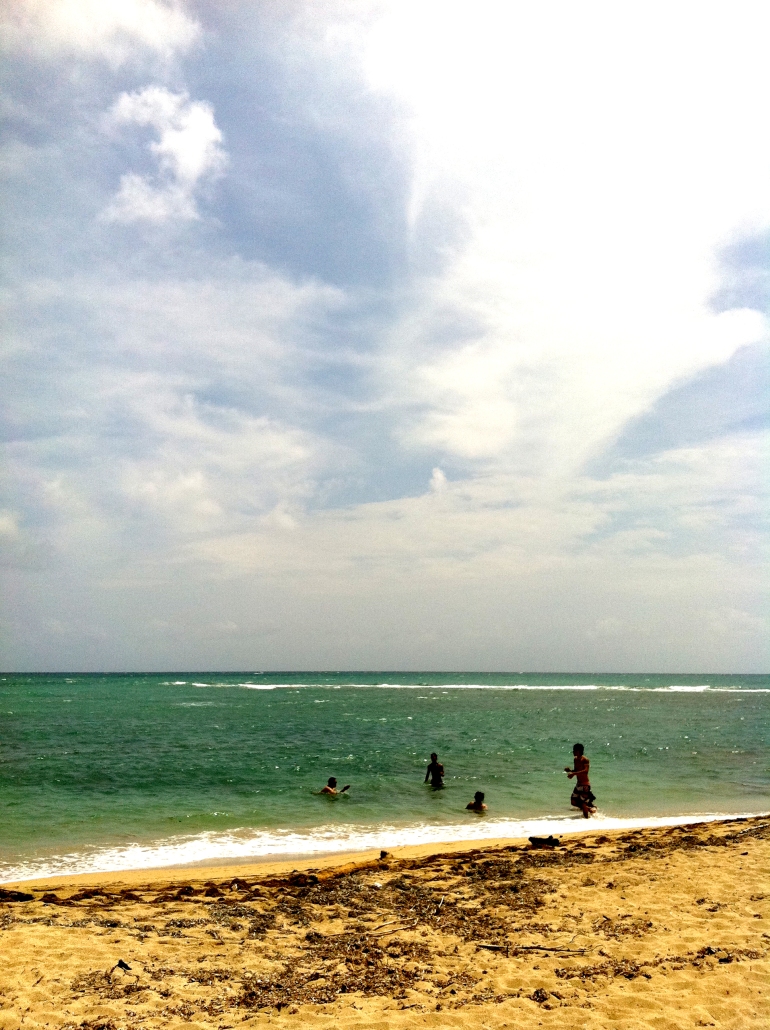 The 9th day, we found the beach again! Playa Ballena. This time, much closer to Ervin’s house. We made our way down a rocky hillside, and I immediately locked eyes with a hilarious coconut, sitting in the sand, its stringy hairs blowing in the breeze like an old chimpanzee’s head. I went to pick it up for a photo or just to hold it –

Ervin “It probably has a curse on it. The people who are into that Spiritus stuff around here put curses on coconuts and throw them into the ocean.”

Me (Staring longingly at chimpanzee head coconut) “But if I don’t believe in it, it can’t… like, do anything to me, right?” 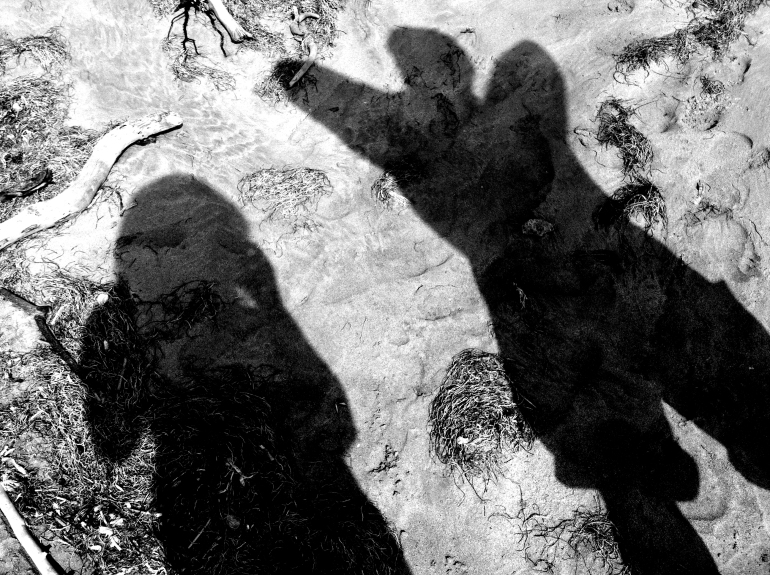 Suddenly, I became really aware of each and every coconut on the beach. A hex for every one. I decided to play it safe and only touch this thing:

I also cleaned it, dried it off, and brought it back on the plane with me. It’s living in my LA apartment right now. Even though no seashells of any kind are allowed to leave the island.

Hmm. Well. Way better to bring a sea thing on the plane than the pocket knife, silverware, and pepper spray I’ve “carried on” by accident. How much harm could I really do with dried out seaweed.

I’m just saying, I could have brought that coconut.

That nite, we stopped at the local gas station for a beer (you do that in Peñuelas at the gas stations! There’s a legitimate bar that even has Corona promotional girls with hideous spandex blue and gold outfits, trying to seduce you). The end of the night brought us to a bar on the main street… where we ordered cocktails and listened to some amazing retro salsa music. *With the videos.

After a day of swimming, drinking, and successful avoidance of coconut-flavored demise, we gladly kicked back in front of the TV at 2am… Watched some Spanish Orange County Choppers, destroyed some chicken and fries, and passed out by the flickering light of the moon. I mean, Tube.