If I was ever in a Costco before, I have no recollection of it. I can’t remember if I went along on the trip when my parents bought my sister a discount trampoline, on a friend’s club card, a million years ago. We never had our own card. We did not buy the “bulk”. We bought our toilet paper like people who like to buy toilet paper all the time. I come from a house full of girls. We should have gotten a government discount on TP. We didn’t ask for this anatomy!

I just got sidetracked. JUST like I was this weekend. At COSTCO in beautiful, sunny Burbank, California. Ervin’s roommate was going, so he and I tagged along like bargain hunting rabies raccoons. “There’s gas here?”, “There’s $1 hot dogs here?”, “There’s TV here?” And so on. I couldn’t help my annoyingness.

This was my first sight. He stood there for about 12 days.

I saw racks of clothes, electronics, giant packages of sausages. I reached into a fridge to prove my point that Costco isn’t always cheaper by saying “OK WAIT. Why are these 4 sausages $12!”. I pulled out the four pack of sausages, which was connected to like 50 more sausages. A mega deal. Sausage-wise.

At first, I decided I had no use for Costco. I buy for ONE, not an extended Mexican family. What could I ever find here, that I would even lik—

There were samples of everything, that people waited in line for, like it was their job. You gimme that mini bagel with pizza sauce on it NOW! I gotta get in line for whatever they’re making with the Vitamix!

Speaking of. That was one of the items I was actually interested in. I want to blend whole fruits, vegetables, shoes and jewelry into smoothies…! But ’twas a demo of the latest Vitamix blender. And maybe it was $100 less than retail? It didn’t matter. It was still a billion bills out of my price range.

Have you tasted Mr. Yoshida’s delicious sauce? With his picture that I imagine Japanese executives agreeing to, only because they were distracted by a beautiful fan dancing Geisha. Or they were high.

Maybe you haven’t heard of this (I’m talking to my Mom), but there’s something popular in LA clubs called “bottle service”. Where you pay $400, get one bottle of vodka brought to you by glittery girls in short shorts, and private VIP seating in a booth overlooking the dance floor.

Well, here I was doing my own bottle service: Don’t have to dress up or wear makeup or deodorant, but you get some seriously sexxxxy discounts on giant bottles of booze. To enjoy in the VIP section of your own home. (Which is the bathroom? I dunno.) 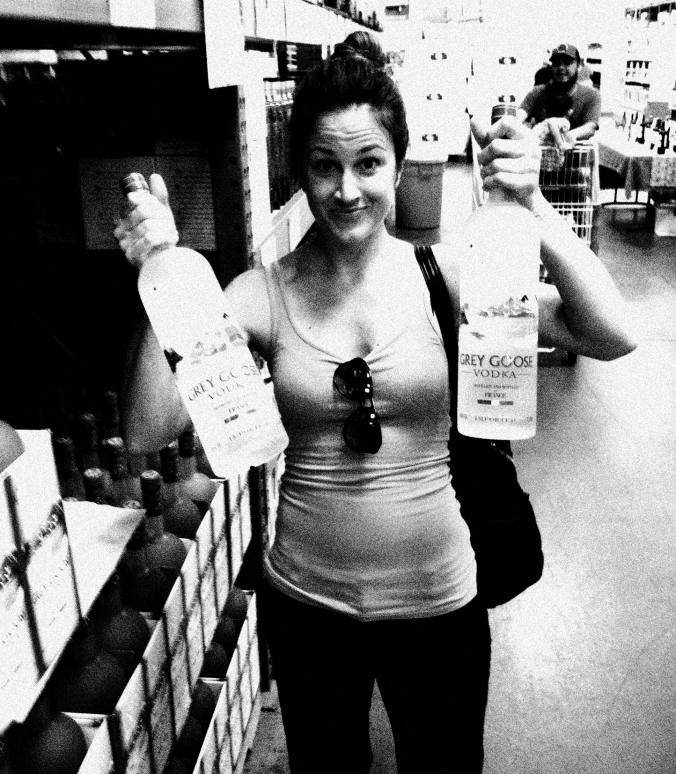 After you’ve passed through aisles of diapers, baby food, video games, frozen taquitos, house supplies, regularly priced Vitamixes, toilet paper, vitamins and finally nut mixes, you will check out. Literally. We all have to check out sometime, right? 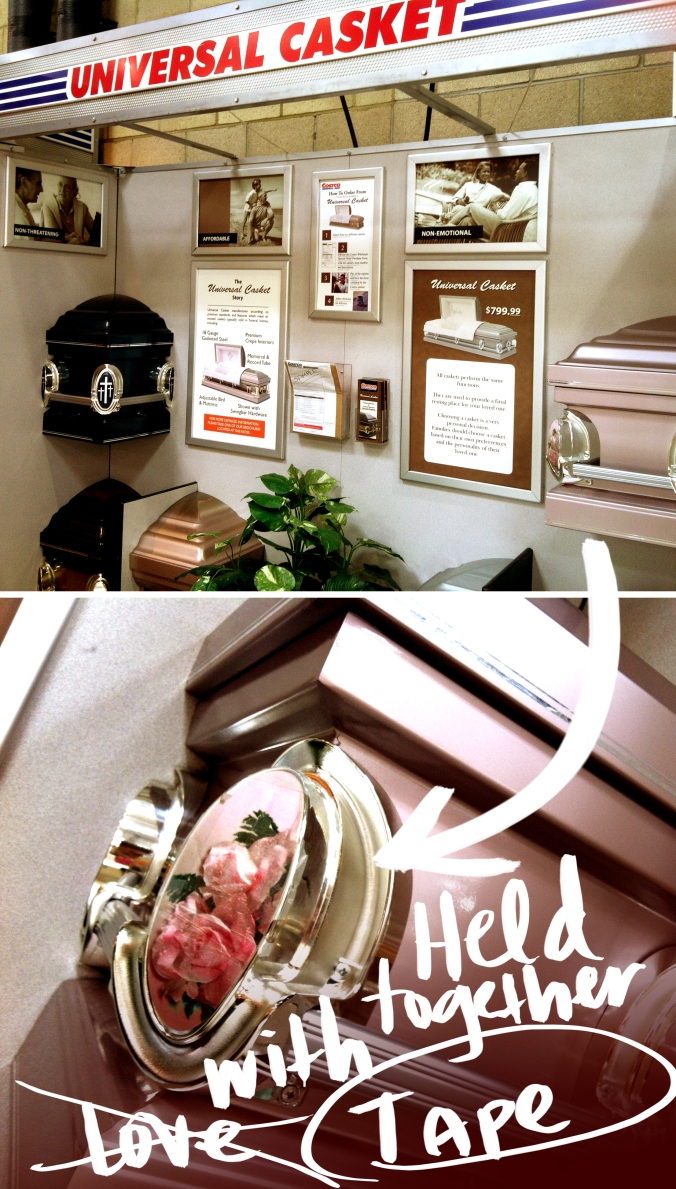 I picked out a purplish casket, with flower detail on the corners. There were only 4 to pick from and I thought the crosses were too morbid. I always thought I’d be burned in fiery crematory blaze someday, but now that I see what a deal these are, I’m rethinking my options. Some of the marketing in the booth says “non-threatening, affordable, non-emotional”. Everything I want my final moments to be.

“Lemme just adjust my pillow. I don’t want to get a neck crink. Ok. Goodbye.”

On my way out, though, I wanna enjoy myself. So, the next time I cruise the aisles of Burbank Costco, I’m picking up as many of these as will fit in my oversized cart: 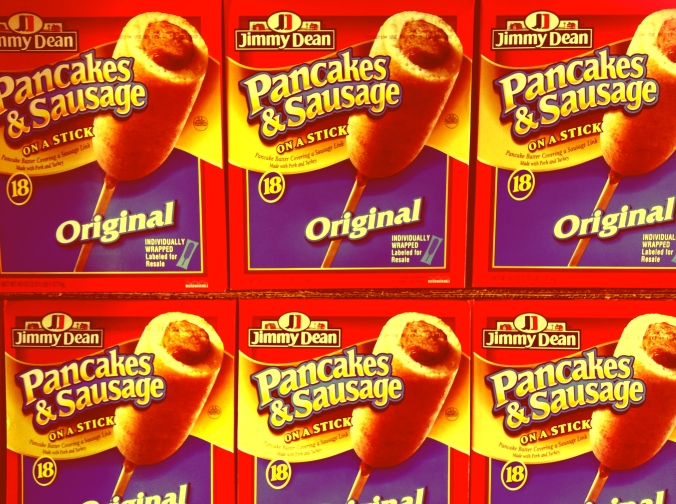 And maybe a nice big bottle of that fine Costco vodka.

Hey, you only live once.

One thought on “Costco: Where the costs go! Down. Mostly.”