One of Ervin’s students mentioned that he’d been to this amazing beach a little south of Santa Barbara. Student dude said it was secluded and beautiful… with these little shops and some kind of legendary pizza/panini situation. He had a great time there with his girlfriend lady.

So, Ervin and I are all let’s do this, and we drove up there. To Carpenteria State Beach. After some en route Googling and discovering that there may or may not be nudists on nearby Bates Beach, we decided to press on. Any naked people I’ve ever seen on a beach just look like wrinkly seals with pancake tits. Male or female.

We passed by this Mexican market and once I glimpsed the star shaped piñatas and spicy dried fruit, I had to go in and see what was autentica! I found these fish snacks. While I don’t know if I can eat things that are looking back at me, I would l-o-v-e to bust these out in the dark of a movie theatre. Pass them along with the popcorn and Junior Mints. 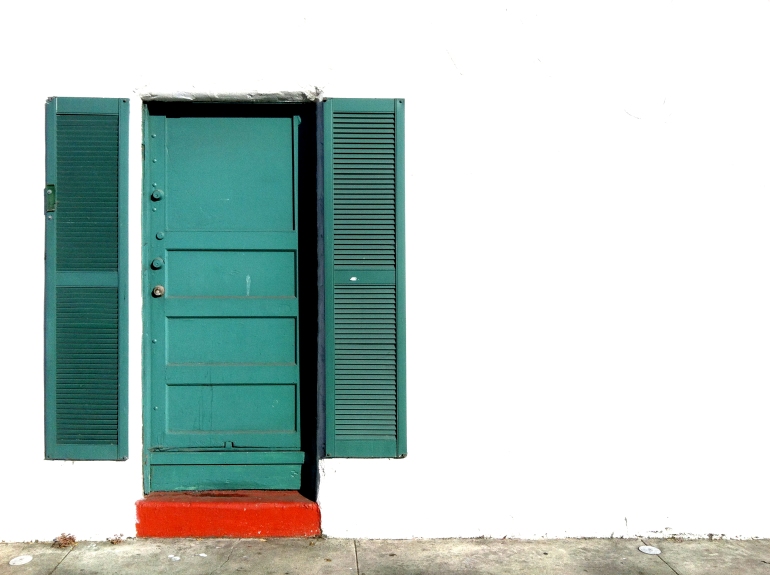 It’s a charming little town with chocolate fudge shops, salt water taffy, plenty of beachy food stops and not too many people, even on a summer weekend.

Then we found out…why. Those are oil rigs in the ocean out there. Our little quaint beach walk turned into a bit of a lesson in oil harvesting. Off the bottoms of our feet. 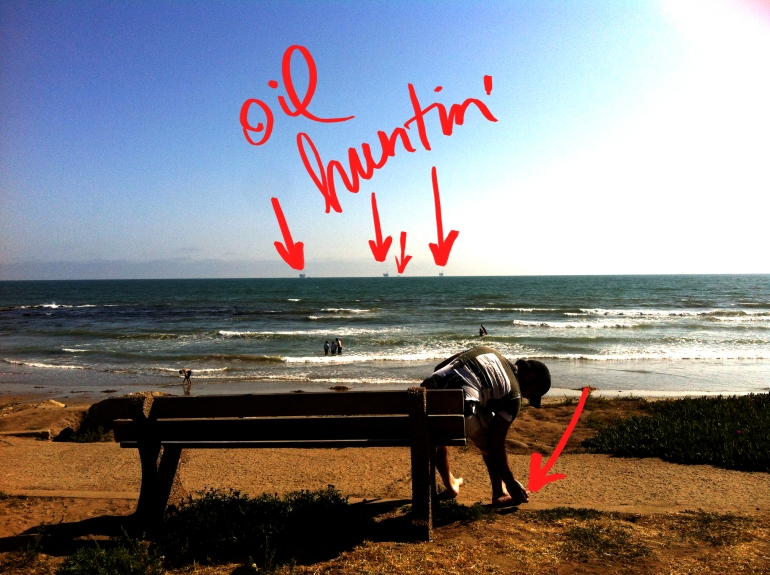 I’ve seen plenty of pictures of rescue ducks being washed in bins full of Palmolive bubbles. But let me tell you. That s*** means bidness and it don’t come off. It doesn’t wash away in the ocean, or rub off in the sand. We had to use dish soap on our toes (to make it sound cute-ish).

I saw a guy on the beach in sneakers and baggy jeans and immediately thought – ok, who wears full-on jeans to a swimmy beach, but then I realized just how smart he was. Not about fashion – he could have easily bought better jeans at the mall with his eyes closed – but about safety. Smarter than me who was wearing tar as shoes!

We headed home a little conflicted. It’s a bit of a drive from LA. But there were seals (actual ones) swimming around the rocks. And yet, there’s something disconcerting about those oil rigs. BUT they remind me of blockbuster smash Armageddon “Don’t wanna FALL asleep–” Also, we could not find any awesome paninis or pizzas. We did find a pitcher of margaritas that came with some free chips and salsa… (point for Carpenteria). Also, who lets their kids swim in that water?

Maniacs, that’s who. Or maybe their kids grew up on it. Or they’re covered in Crisco like adorable greasy pigs before they get in the water? Who can say.

My mom wrote this beautiful book and it's out today. It's about her experience in grieving my sister Kelly's death basically over a lifetime (*and still going, as anyone who has lost someone surely knows). I'm so grateful to her for sharing her most vulnerable depths and for the strength of her spirit. She could have cashed out on the mom thing long ago, but she remains one of the most compassionate, loving people I have ever met. Also, unbiased opinion, she's an amazing writer. This is my family's story, told thru a mother's lens. It's brutal, poignant and absolutely life-affirming. (Love you Mom! 💗) #griefisadancer
Me trying to MILF it up with Wiz Khalifa 😜 Full spot: link in bio #hotboxbywiz
This weekend marks my 10 year anniversary in L.A. I'm grateful for the spark that still exists in my soul, when everything about this city tries to snuff it out. For the people who are dear to my heart, and for whatever is ahead. I hope it's a great story. 💗
Happy birthday to the life of the party. And cheers to the best sh*t yet 💗🎉
So happy to celebrate these two🥂And the two in the second pic are celebrating not drunkenly falling in the pool.
✔️🇺🇸