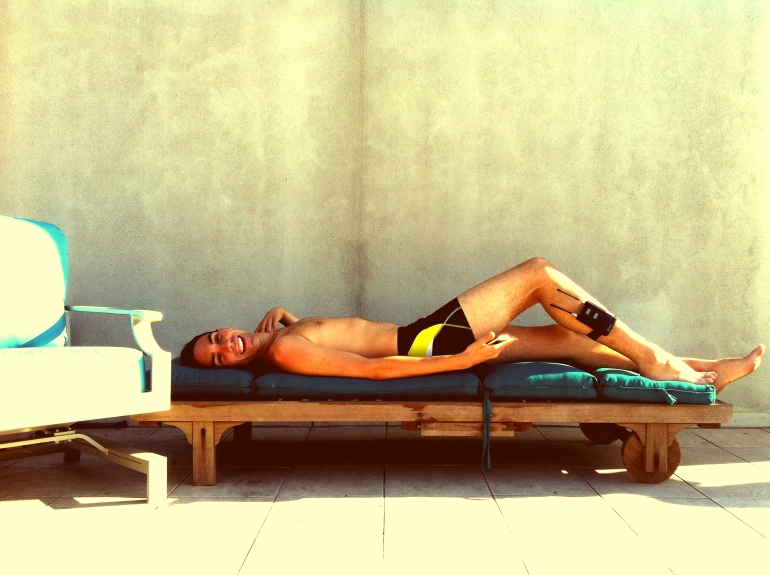 Ya like funny stuff? Ya like the Television? Ya like mics taped in places the sun don’t shine? Then this show is for YOU! (And millions of other people. Fingers crossed.)

I shot this (blatant braggery:) hilarious sketch show pilot for TBS with a core cast of the funniest people in showbiz! Gregg Alexander, Luke Clements, Dan Magro, y moi (what! Two languages in four letters. I’m a bilingual genius). That’s Dan, up top, making acting look super difficult and grueling. (He does have a SCRAM attached to his leg. Not in real life. No, in real life, he’s allowed to drink within the perimeter of West Hollywood. Only.)

We shot about a million sketches in 3 days. That’s roughly 20+(-ish) hours of footage for a 24 minute pilot. Two words: Ed it.

When shooting comedy, sketches must be minimum 1% wigs. Which I LOVE! I love wigs almost as much as false eyelashes and how people say you look rested after a spray tan. This is Gregg taking a shot of Gregg, me and Luke. 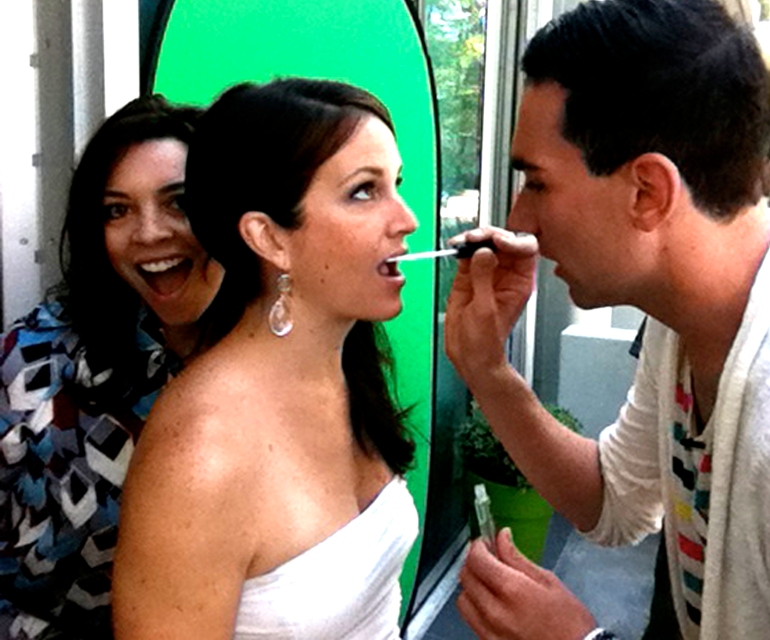 Dan applies lip plumper to my face and Heather applies Sassy Spice to my backside. For this sketch, we were playing siblings, us three. We could seriously give the Kardashians a run for their (very much) money.

Here we are, posing for our Vanity Fair spread. You guys. How awesome is that cat art! If we hadn’t met the homeowners of this fabulous house in WeHo, I would have tried to sneak it out the door. It’s a cat on one side, and something that looks like a lot of chewed gum on the other. My two favorite things!

*The part of alcohol is played by Red Bull. 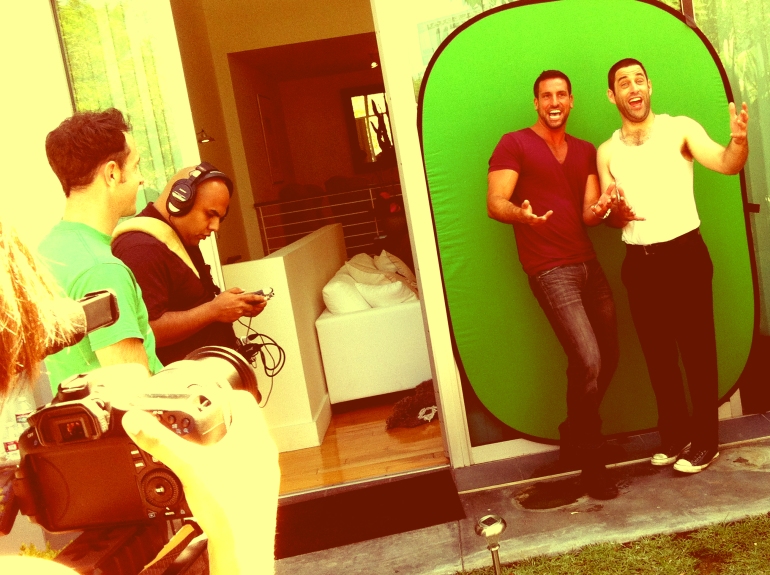 The green screen! So we can put ourselves in other places, in post. Magic! I wanna be in a scene where I fly over Los Angeles on a unicorn with a llama body. I will call it Unillama Llamicorn. (Trademark! Patent! Ugh. Fine. You can have my idea, random Japanese reader, whoever you are. Do Itashimashite.) 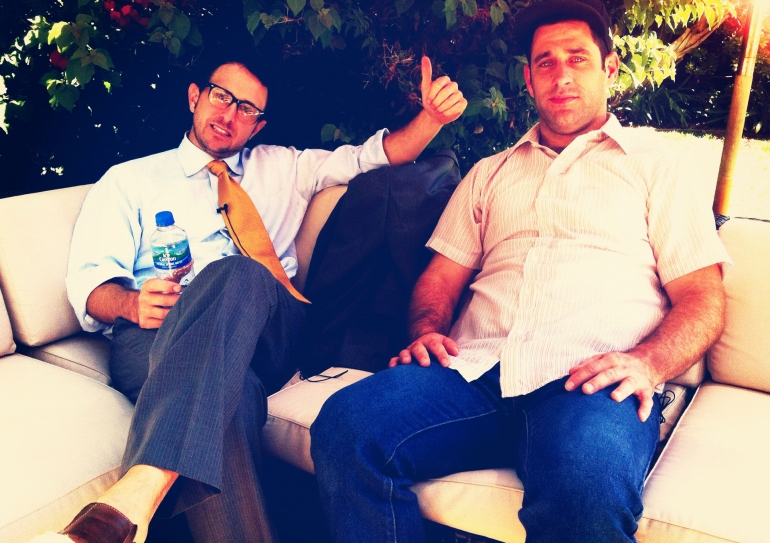 Gregg and Luke keep it cool by the pool, on set.

I had a blast working with EVERYONE — I was laughing all day, which is like a really bad quality if you’re sharing the scene with someone. Professional! Gregg and Dan are new friends in my world, but Luke I’ve known for a few years. I was excited to see that he was free to stop by LA and shoot this thing. He’s hilarious. I also think he looks like Lil Baby Luke in this picture.

Luke and Amy get serious…faced. 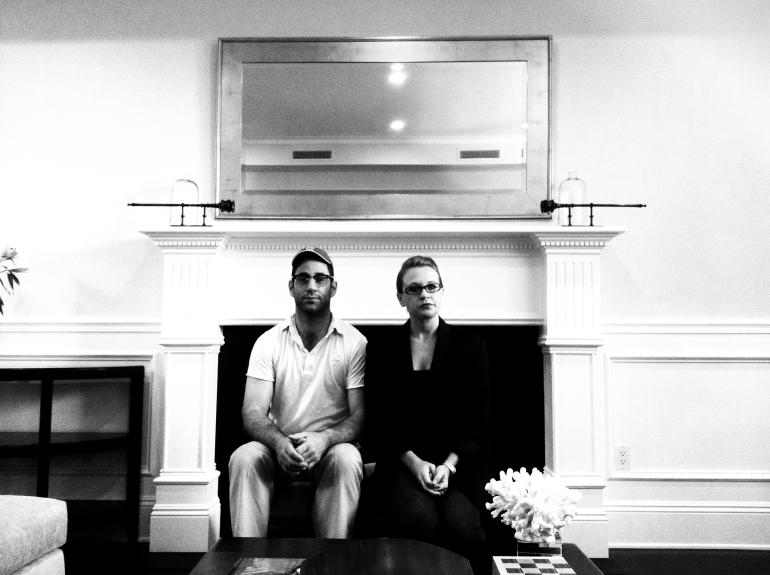 I remember when I’m shooting this stuff, how much I love comedy and performing. I hope to be doing that on a MUCH more regular basis soon.

As always, I’m so happy for the chance to flex my acting guns (why reduce them to mere “muscles”) and dig in to some great characters.

Like this one: Rich, bitter sister, who poison-vodka’s her own brother, in order to knock him out, so she can secretly videotape —

Well, I can’t give it all away…