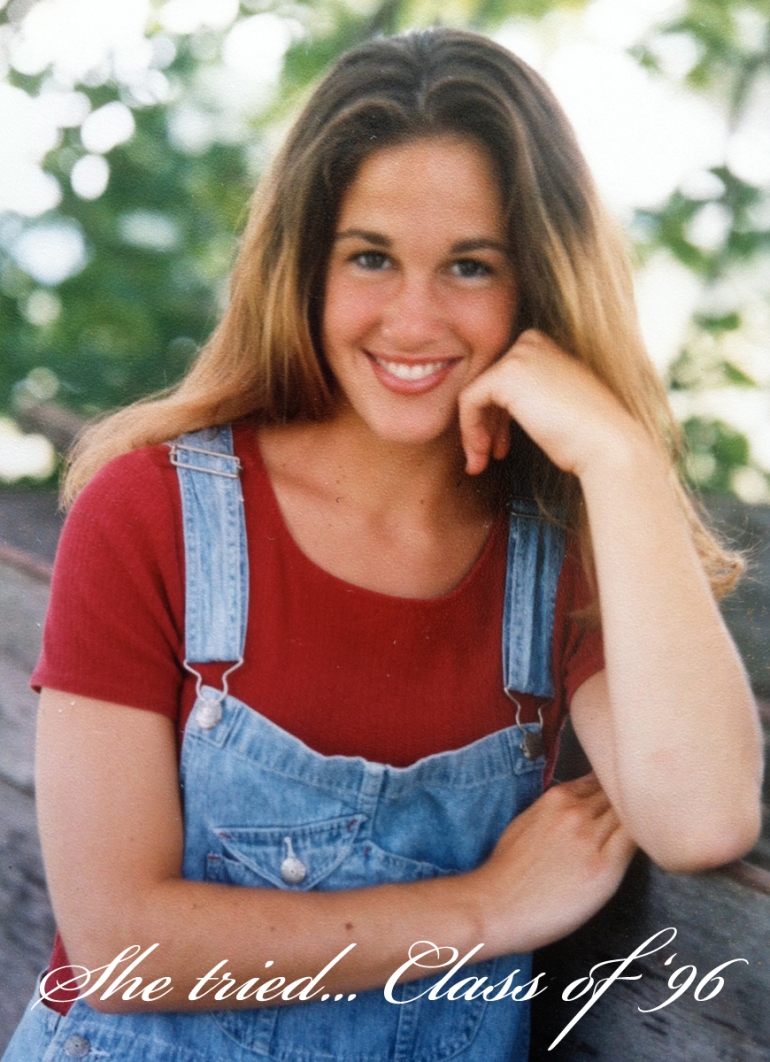 Were you having a weird hair day until you saw this picture? You’re welcome.

That’s my senior portrait. Solidifying my status as “Home Grown Pennsylvania” forever. What you’re not seeing is that the scene was an actual field in the middle of nowhere, and my dog “Tucker”, was seated by my foot. Cuz dershnabbit, I’m a farm gal thru and thru! (For the record, I was terrified of feeding baby cows, and drowning in the corn silo, on my friend Theresa’s dairy farm, growing up. And I screamed and ran away from a beaver that wasn’t even chasing me, once. I do like shoefly pie though.)

The worst is that my Mom has had this photo in her wallet for the past 17 years.

…Let that sink in.

I was so innocent then. So many life experiences ahead of me — including things like: Hair dye (what you’re seeing there is grown-out Sun-In), Nair, leaving a few brow hairs unplucked, flat ironing, and not putting my Manhands™ next to my face in photos.

But the most unforgivable remains: THE OVERALL. Mine were cuffed shorts-er-alls. Pretty sure I had a pair of Birkenstocks on. What? Someone call Vogue! We’ve got a Covergirl on our hands!

When I saw overalls returning to the scene this year, I thought — OMG! Lemme Back To The Future myself and be like “GIRL! You hit this trend like a champ! Who doesn’t love denim, and comfort and baggy crotch! Werk!”

These are the people who are allowed to wear overalls: People who grow their own food in an area that could never be called an “urban farm”, people who live in a state that has the directional qualifier of “West”, people who are under the age of 5, and people who would claim “Professional Banjoist/Juggist/Spoons/Comb” if they filed their taxes.

That’s it. Not even you, supermodel who looks good in everything, can be STYLISH in these. They are for doing laundry. In private. On a planet where you are the one remaining human. Then go for it! Don’t even wear a shirt, if you want!

I saw formal overalls at a fancy restaurant in Hollywood, last year. And I assumed it was just spot on my eyeball. But it’s real and it’s happening, so we should talk about it.

This is the cream of the crap, according to HuffPost. Considering these are our highest hopes, let us begin. 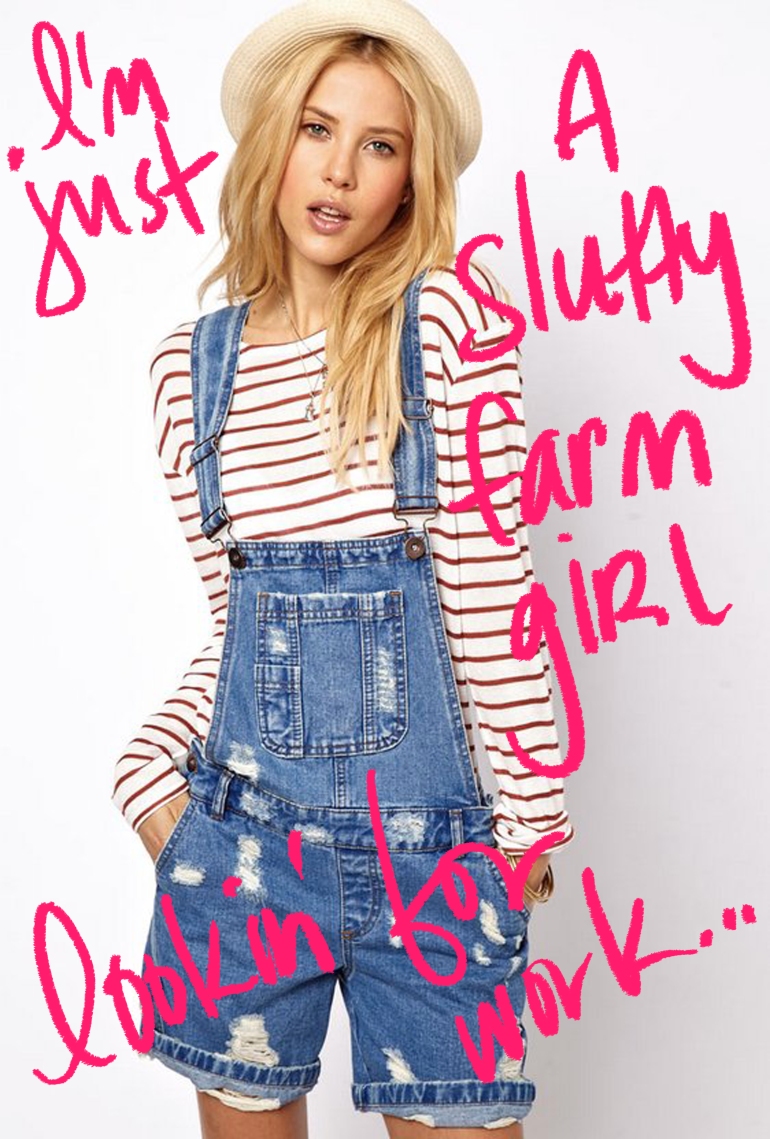 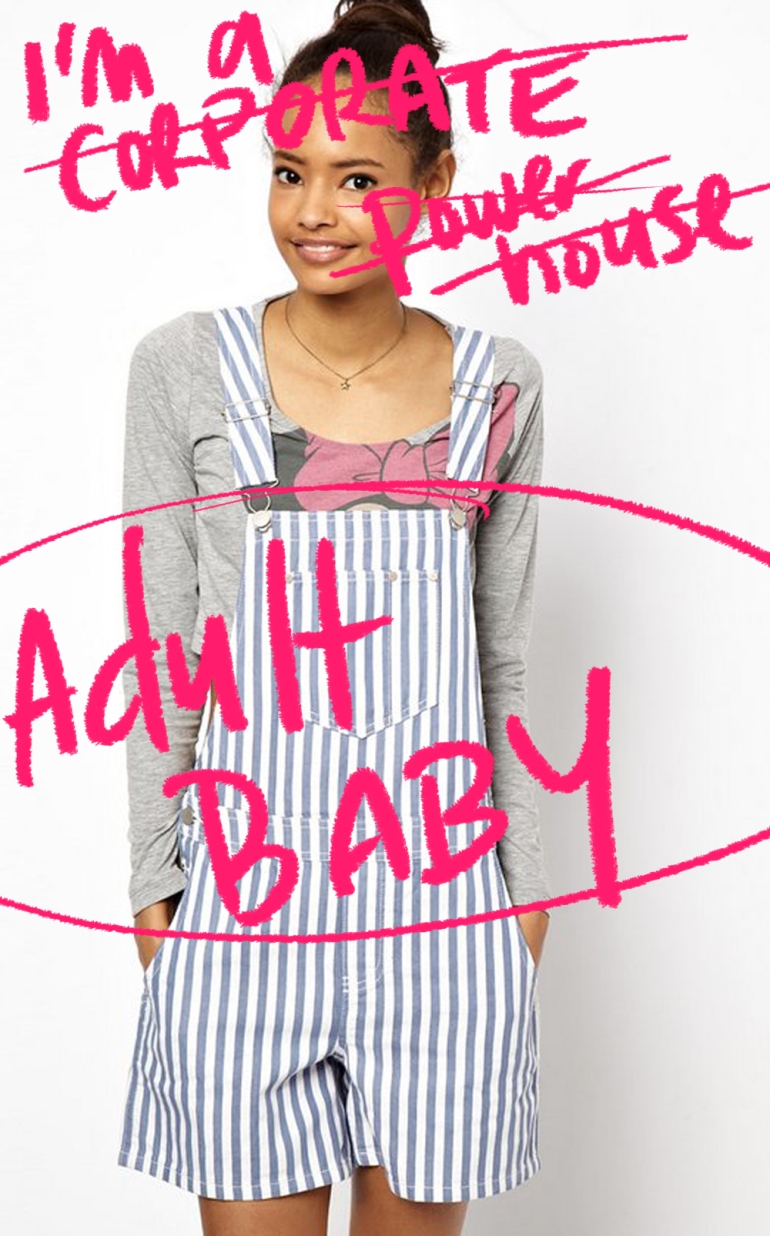 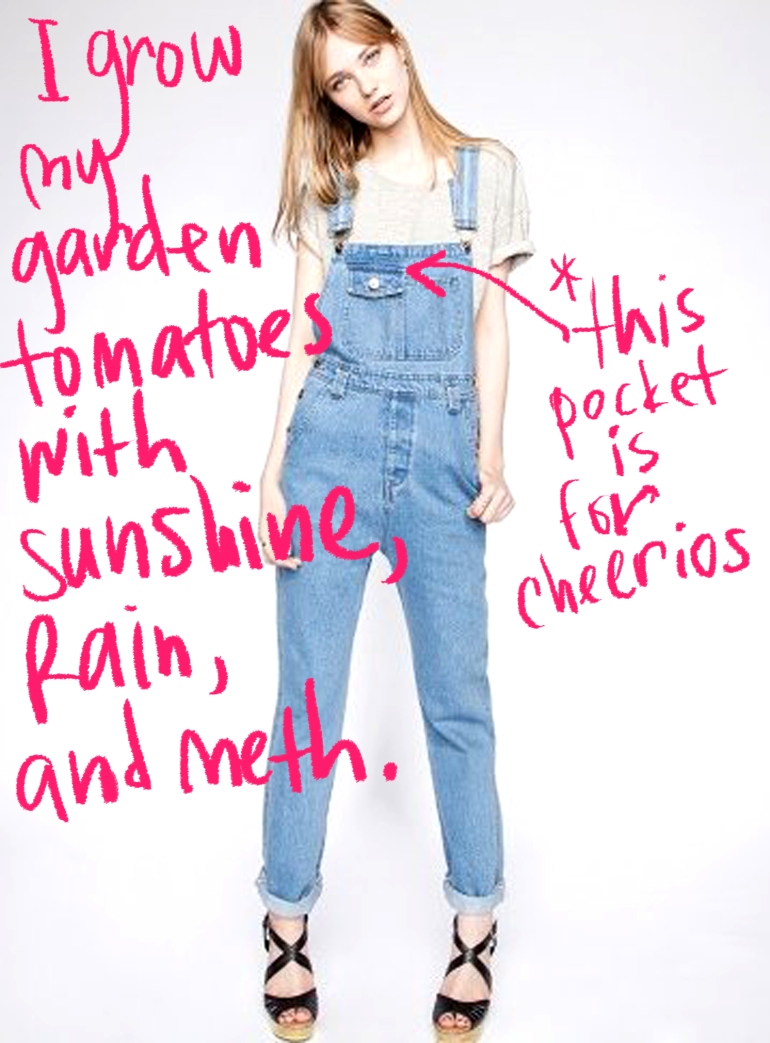 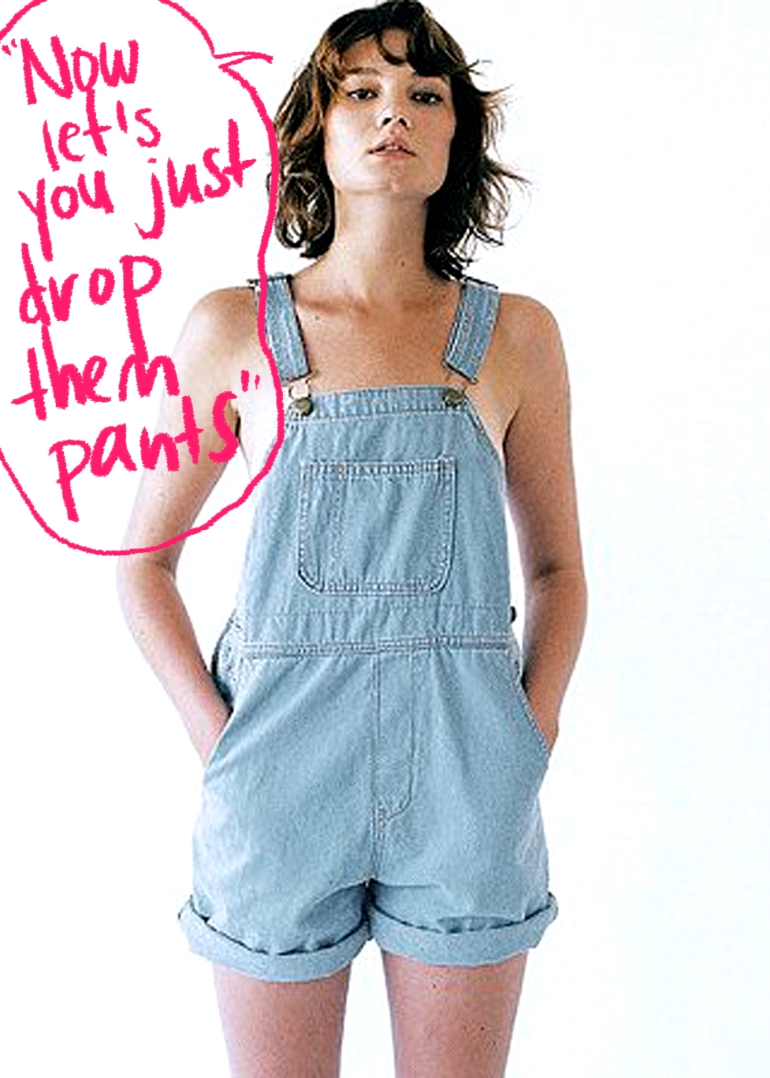 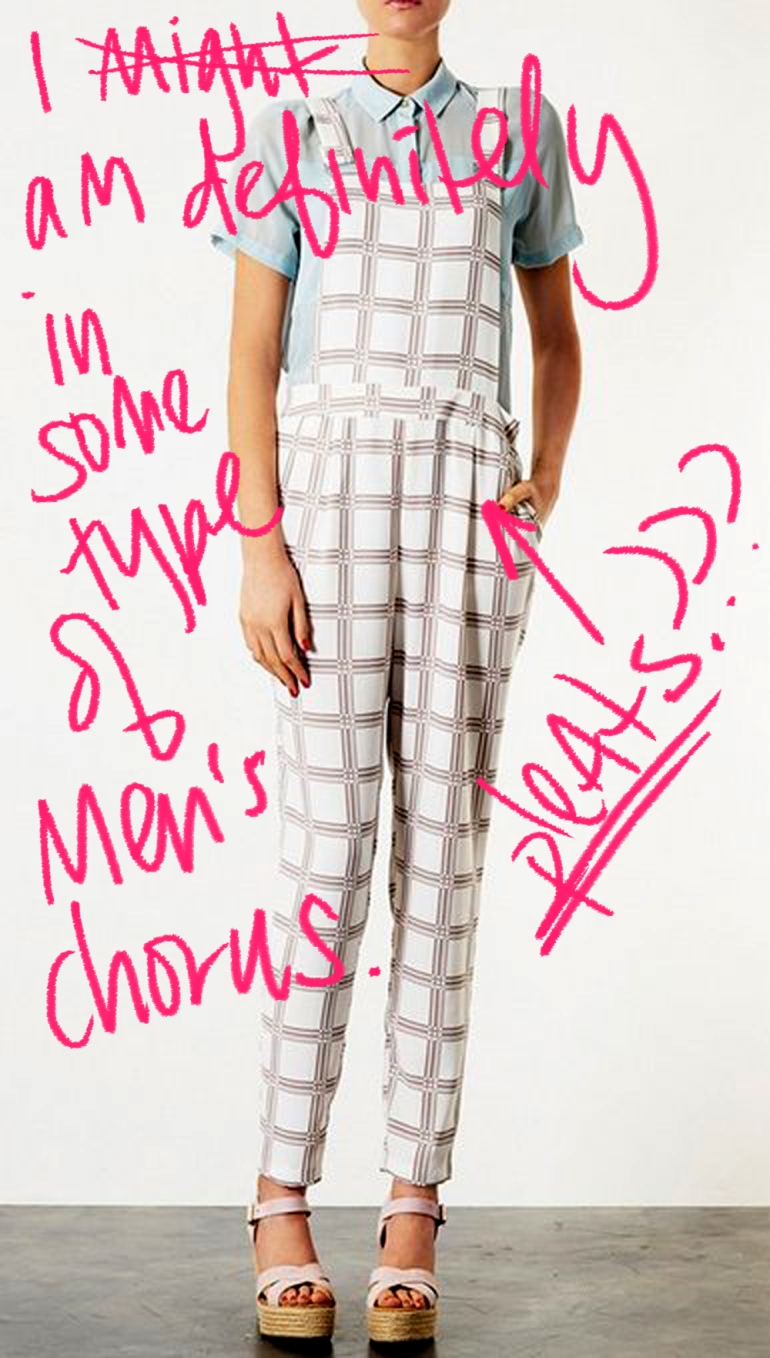 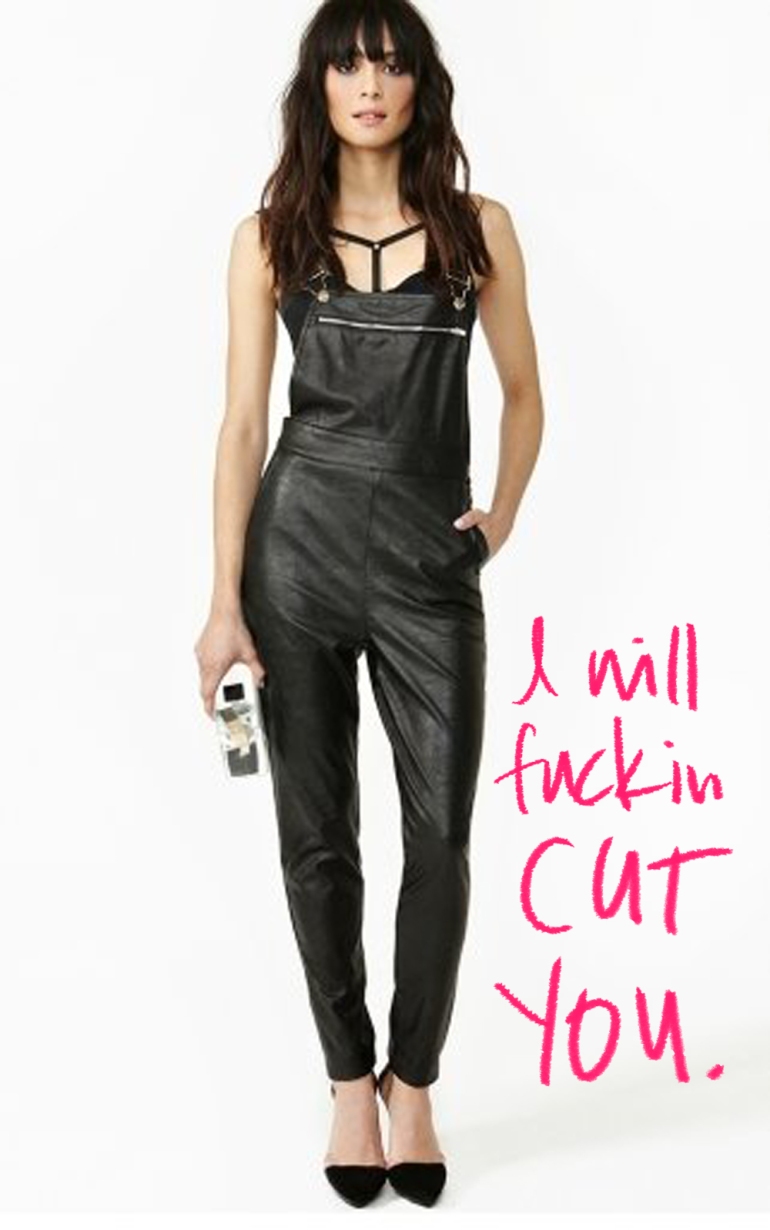 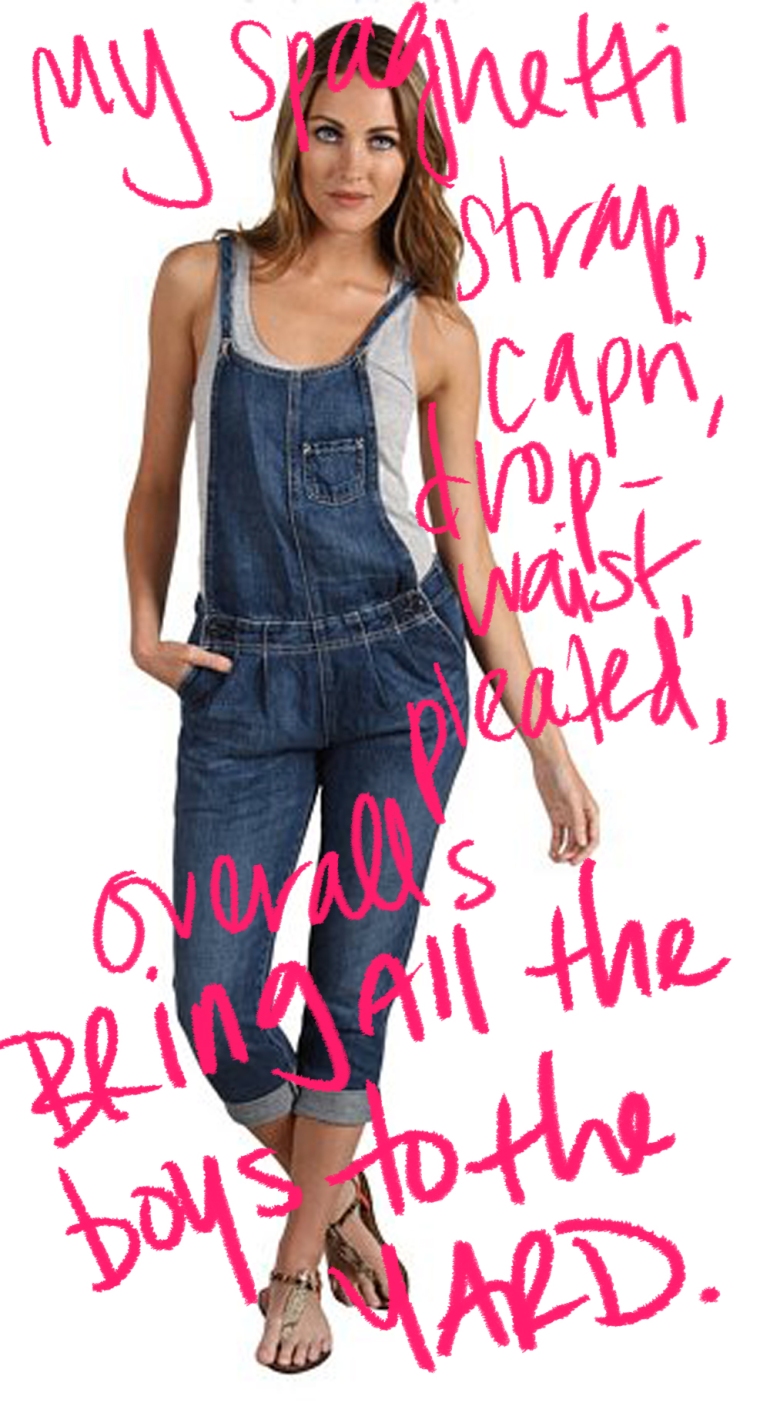 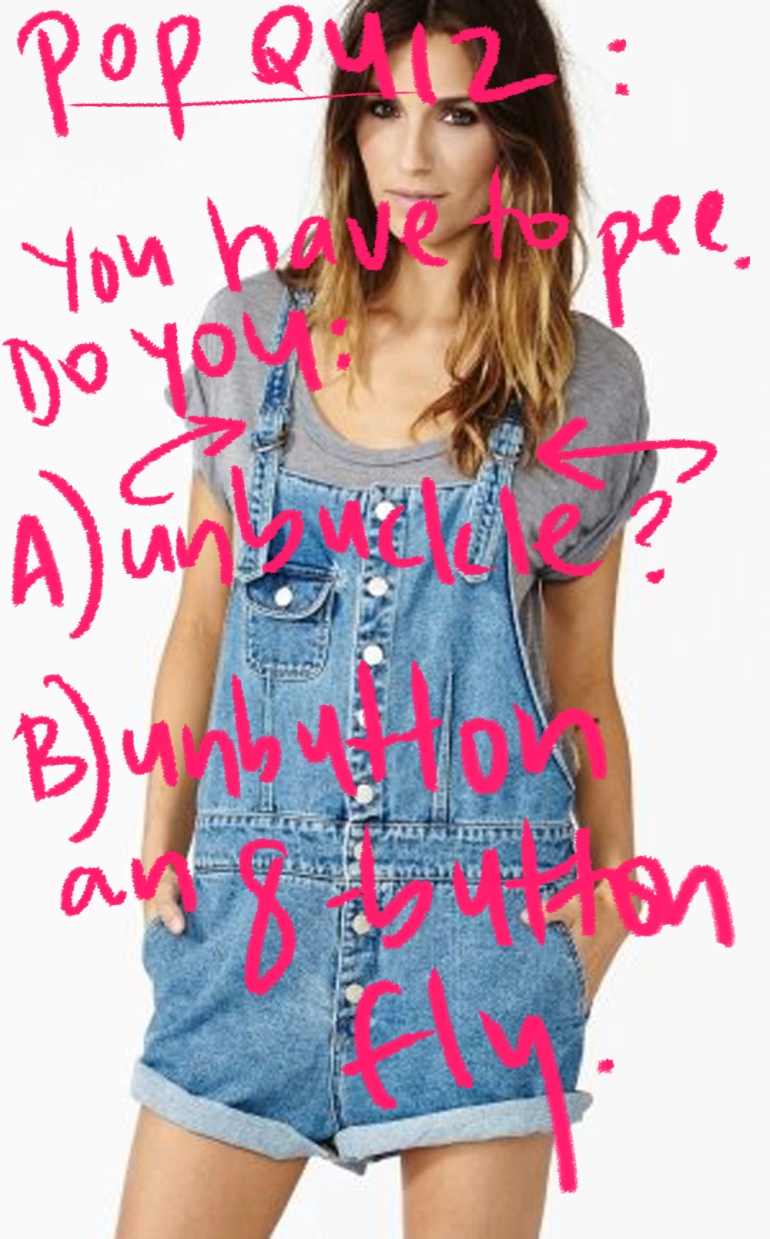 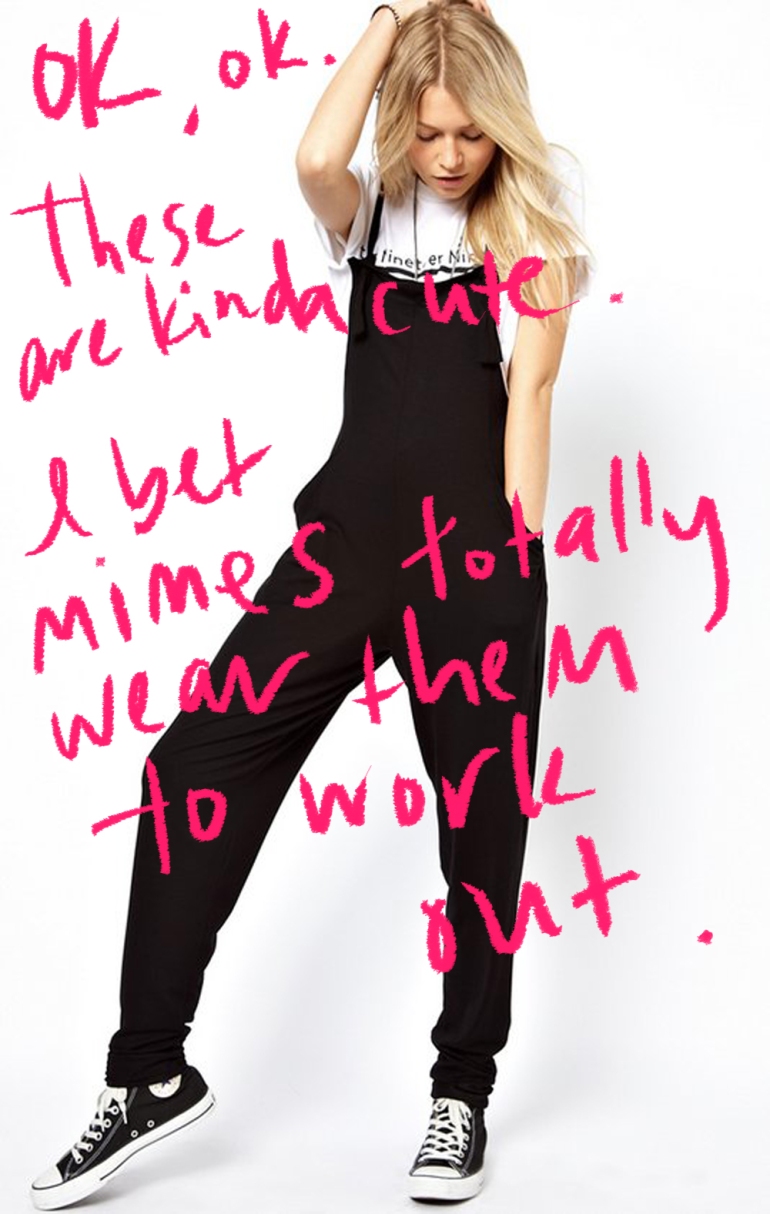 People, I am speaking from experience! Try something more flattering. Nobody’s body is shaped like this. So, really – anything will do.

For real. Someone could be keeping this photo in their wallet for 17 years.

Images by Huffington Post before I wrote on them.