So I was doing this acting thing with this kid Art Parkinson (and when I say “thing” I mean awesome upcoming project and when I say “kid”, I mean successful actor you’ve seen on, oh I dunno – Game of Thrones ‘n stuff…). He has so much talent packed in that little kid body of his. I learned so much from him. Mostly, what the cool kids in Ireland are saying these days… which I can’t tell you or I’ll have to kill you. Let’s just say you’ll need some “major skillage” if you wanna hang ten in Ireland. Is there surfing? I dunno. There is definitely whiskey.

Art’s mother, the beautiful and funny Movania, accompanied him on his first gig in the US. She is also crazy talented, and makes these gorgeous leather handbags when she isn’t jet-setting around the globe.

She breezily said she’d make one for me and I was all “OH! You are so sweet.” But I never expected she’d have any time – EVER.

A few weeks later, we all met up  to work at LA Studios once again. She revealed this soft, perfectly weathered, leather shoulder bag with straps and tassels and snaps and secret pockets and hardware — I hope I said thanks, because I was like “HOLY SHIT I LOVE IT.” 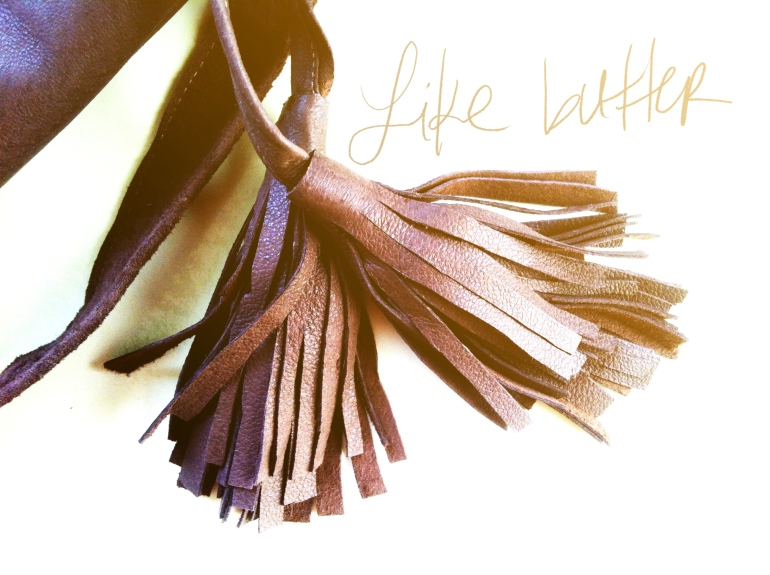 How can she be living in Ireland and know what the hipsters in Silverlake are carrying around?? I DON’T KNOW. She might be a magical wizard. But I had to show this to you in case you want your own, or you wanna snag one for a friend. (She makes wallets for boys…!).

Here’s me, modeling the bag for you, on Fairfax Avenue in LA near my apartment. (OMG HOW AM I NOT A MODEL, right?) You can tell I’m thinking “Take. The. Picture.” 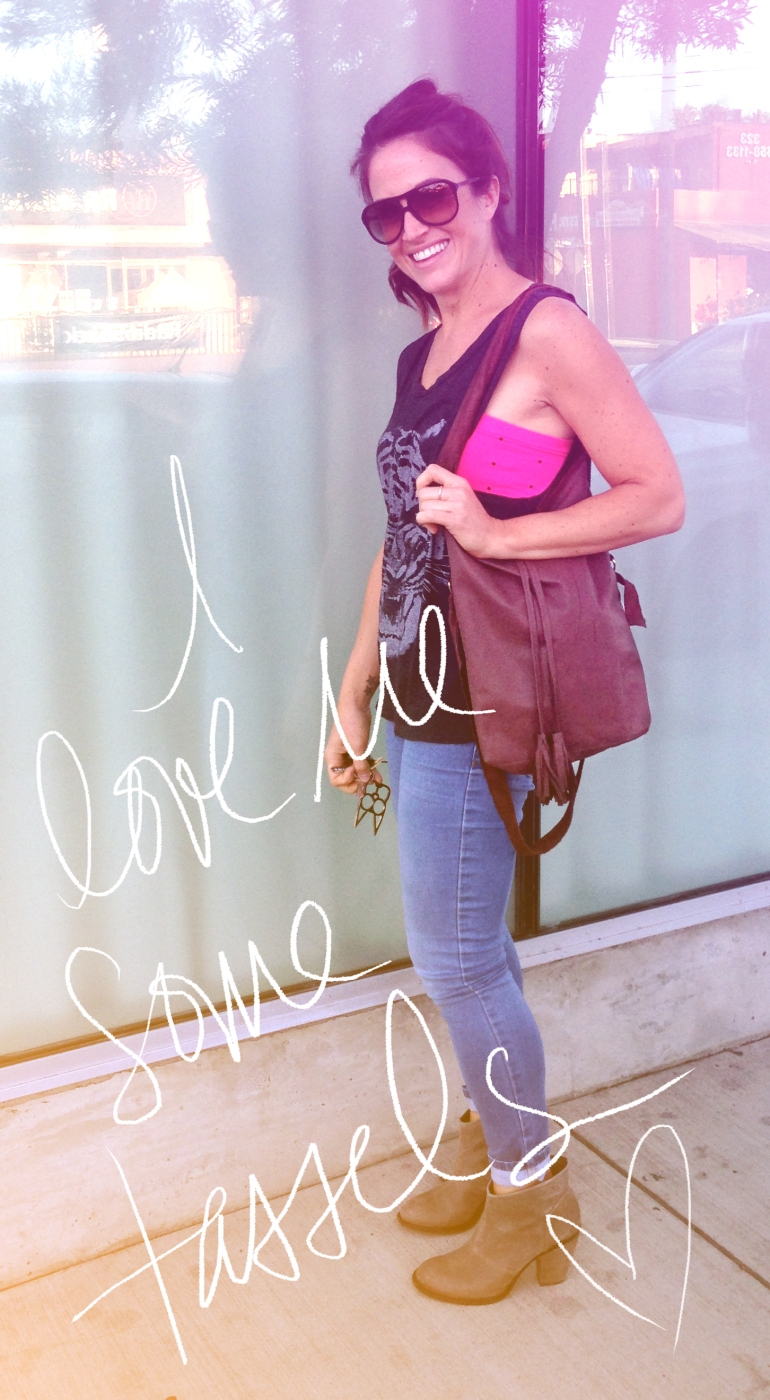 Now I can do one of these: BAG BY MOVANIA, BOOTS BY JESSICA SIMPSON ON SALE AT NORDSTROM RACK, TIGER FACE SHIRT BY TIGERS!, PANTS BY I DUNNO THEY’RE WEIRD, SUNGLASSES BY PUTTING THEM ON MY FACE, SECRET-BRASS-KNUCKLES CAT HEAD KEYCHAIN BY AMAZON (I don’t want anyone stealing my bag!)

This bag is the shiz. It takes a beating and keeps on looking hotter.

Movania’s shop is on vacay until August, but bookmark one of her custom bags for your wish list. She’s already got deals with boutiques in LA! Look out, Clare Vivier… (wink!)